Based in Sønderborg, Alsie Express is the border area’s ambitious airline.

Alsie Express is a Danish regional airline which was formed on 22nd May 2013. Alsie Express was started because the business sector in Southern Jutland, led by Danfoss, needed more daily flights between Sønderborg and Copenhagen. As a global company, being able to get to and from Nordborg is incredibly important to Danfoss. Regular daily connections to and from Sønderborg Airport are crucial.

The company’s head office is at Sønderborg Airport and it is run by its sister company, Air Alsie. Both companies are owned by Sandma Holding A/S.

With this in mind, The Bitten & Mads Clausen Foundation’s Board of Directors decided to invest in two ATR 72 aeroplanes in the spring of 2013. Run by local airline Alsie Express, the planes were commissioned for the route between Sønderborg and Copenhagen in June 2013.

Bitten & Mads Clausen's Foundation decided to invest in five-year-old ATR 72-500 turboprop planes that would be operated by Air Alsie in the joint company, Alsie Express. The planes arrived from Nordic Aviation Capital with the paintwork of Azerbaijan Airlines. When the investment was complete, the company decided to send the two planes to be re-painted in Eindhoven, where the unique matt black colour was applied. 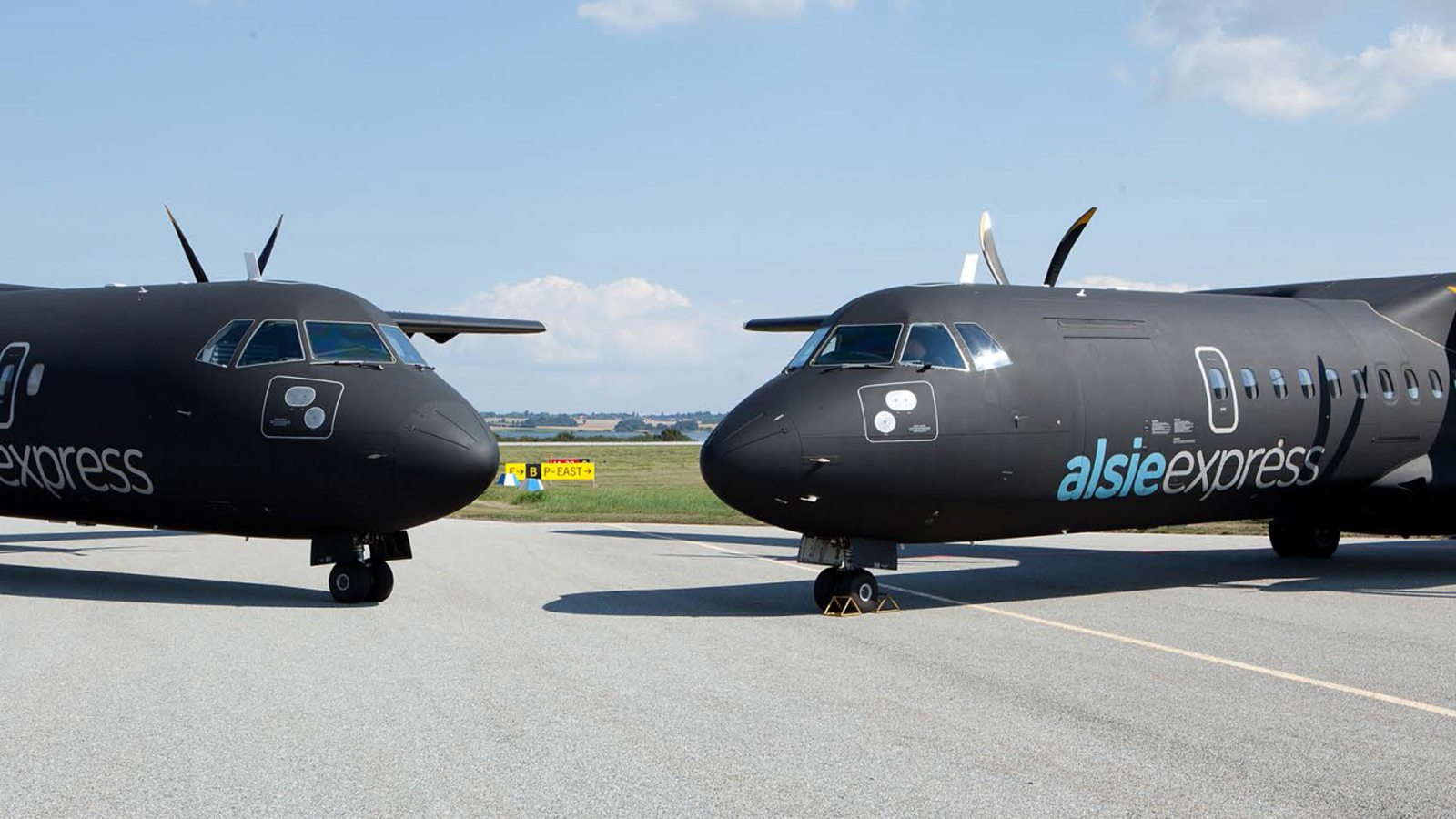 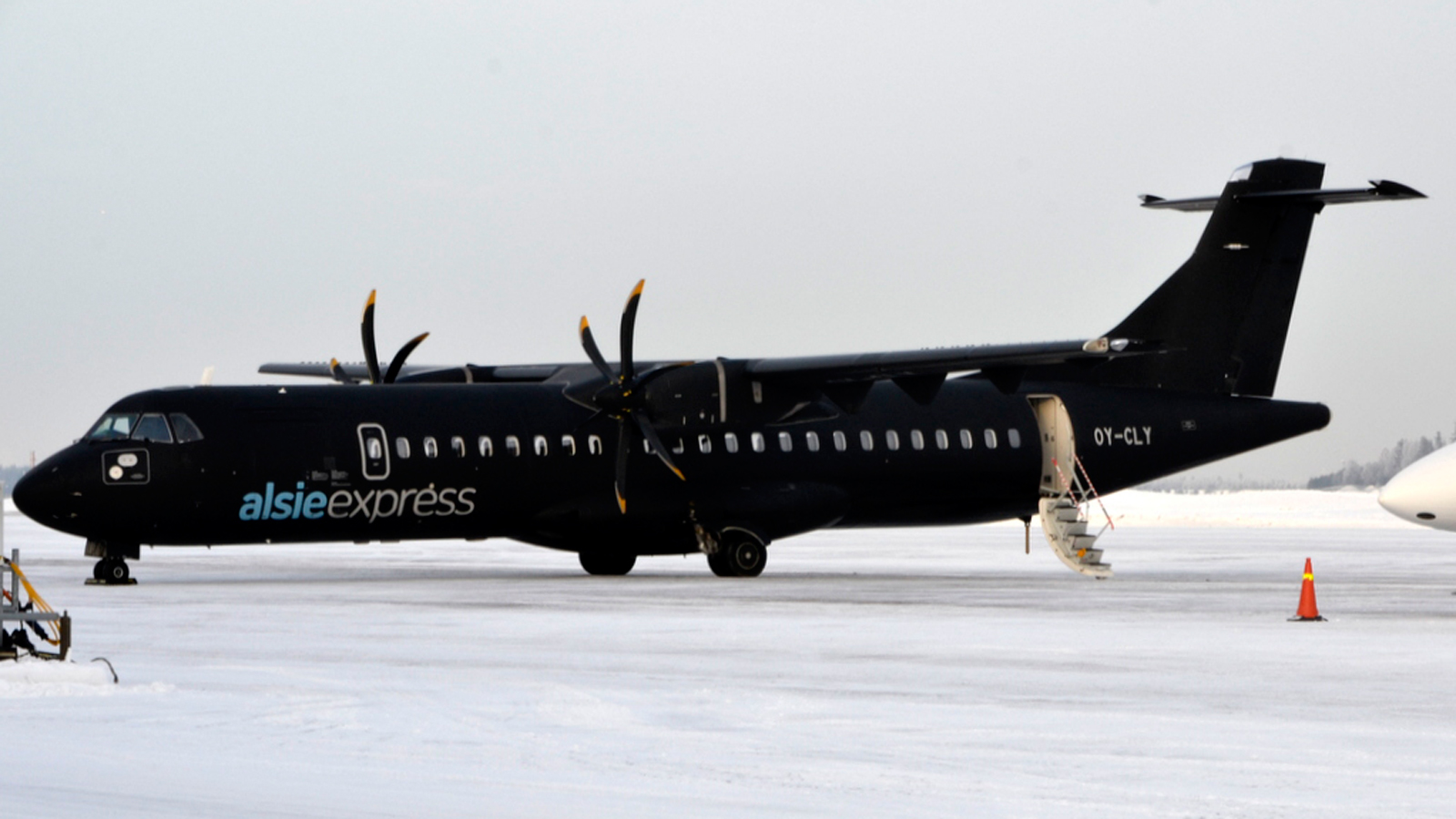 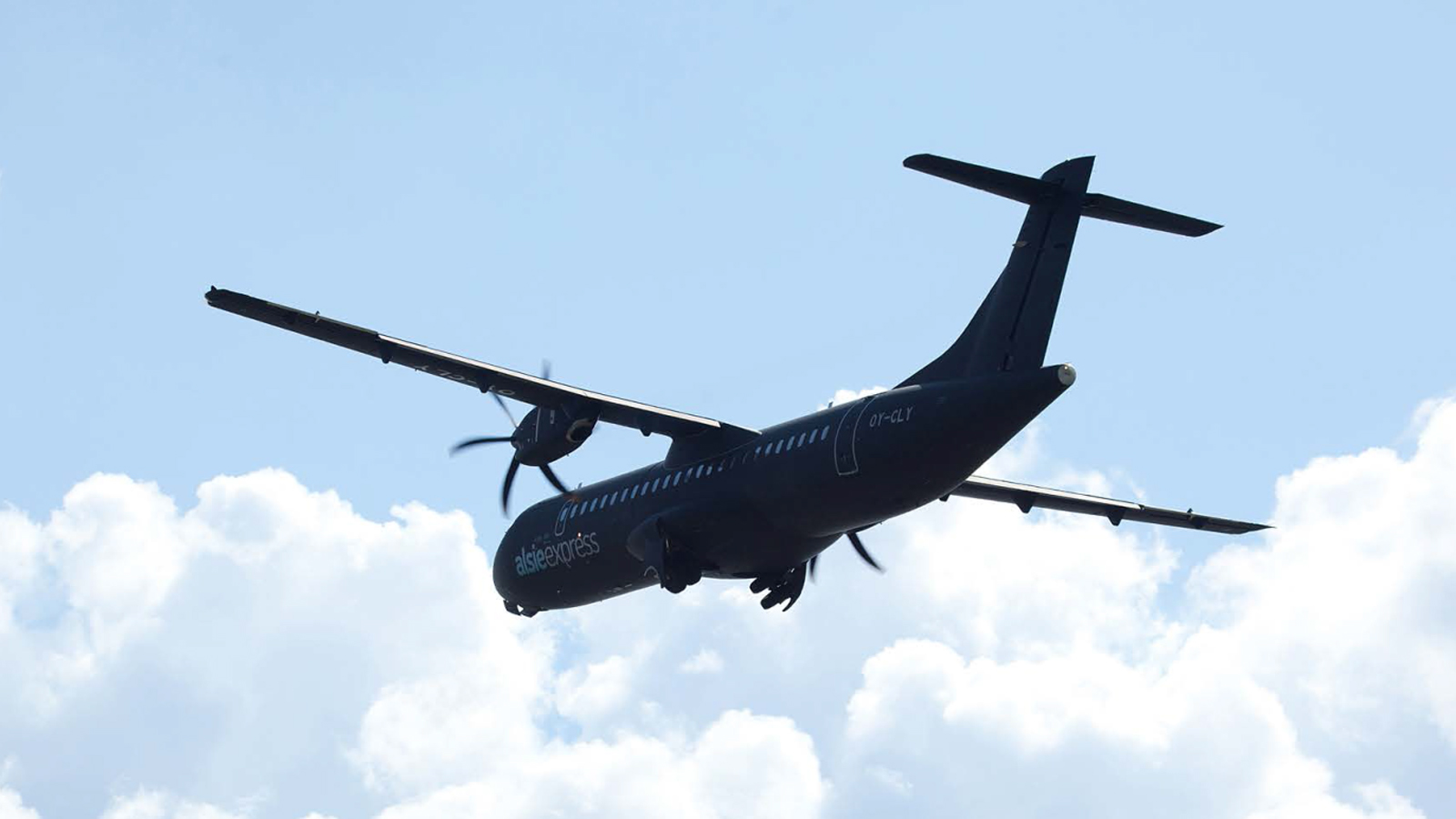 A plane in shuttle to and from Copenhagen (Alsie Express)